The Pont du Gard bridge is an aqueduct built by the Romans in the 1st century after J.C.; this is the highest Roman aqueduct bridge in the world with 49 m. The construction with 3 superimposed rows of arches is very rare at the time; it is the only example of 3 floors ancient bridge that still stands  and its conservation status is exceptional.

The stones for construction were extracted from a quarry located 600 meters downstream and were conveyed by land or on the Gardon River ; the number of workers who worked on this colossal project carried out in just 5 years is estimated at a thousand.

The aqueduct of which the Pont du Gard is the most beautiful building, was built around 50 AD, to meet the development of the Roman city "Nemausus" -Nîmes today- and allow it to develop as Rome, model of the Roman empire, running water that allowed this city of 20,000 inhabitants access to the comfort and safety. Up to 40,000 liters of tap water have been delivered for 5 centuries from a spring located at Uzes to Nimes, on a distance of 50 km with a very low average gradient of 25 cm per km.

The  water channel, 1.35 m wide, is covered with a vault, and is located in trenches and tunnels for 90% of its course; it crosses barriers with suitable structures : 19 aerial constructions  constitute 10% of the aqueduct. Some of these buildings are still visible along the Uzes-Nimes route and 9 of them are on the Pont du Gard touristic site. These works are regularly maintained and consolidated. You can follow a marked trail along the remains.

The bridge was abandoned in the sixth century, and over the centuries, some of the upper part of the work were reused to build churches and buildings; the bridge that serves as river crossing has however been reinforced to cope with the traffic of the Middle Ages.

From the seventeenth century  the Journeymen of the Tour de France come into habit to pass through the bridge to draw their inspiration from this achievement and will often leave their marks in stone : more than 320 engravings are to be found on the bridge.

Access to the Pont du Gard is to be paid as parking fee, on both sides of the river; the payment of the parking lot serves as a ticket for the site, and therefore is an amounts per vehicle, not per person. It is impossible to park elsewhere for kilometers around.

15 minutes from Pont du Gard to the west, the town of Uzes, former episcopal town offers a well preserved old center with 40 registered or classified as historical monuments and buildings and justifies a getaway.

After the troubled times of the religious wars, the city was prosperous, with textile and leather industries and in the late nineteenth century to cope with the recession of the silk culture, a licorice industry developed here with the birth of the factory ZAN. The plant was subsequently bought by Ricqlès and Haribo. 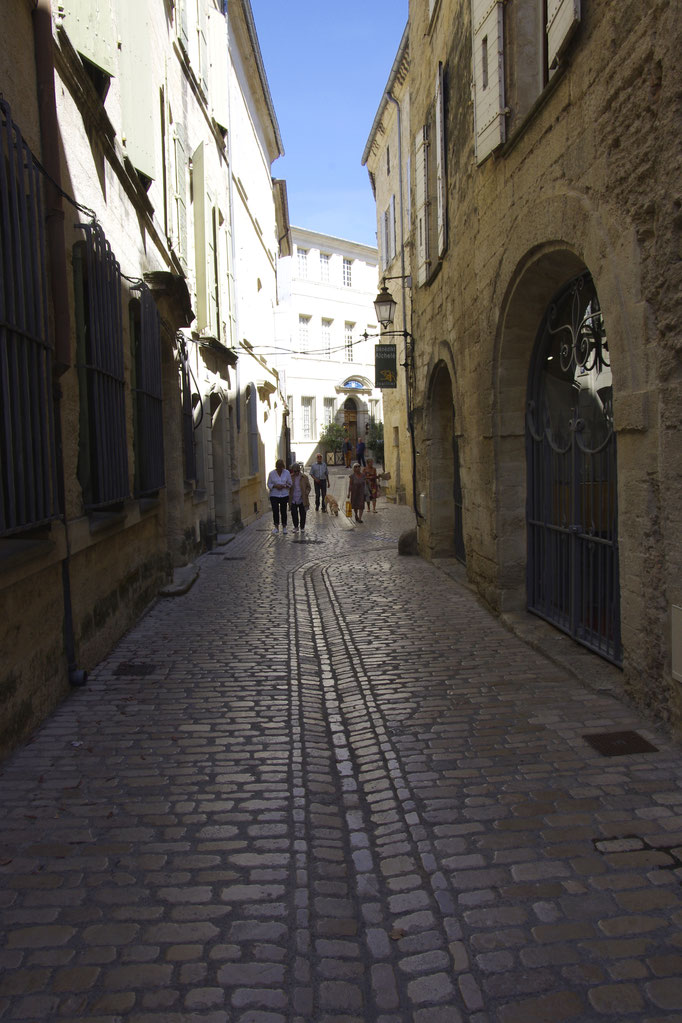 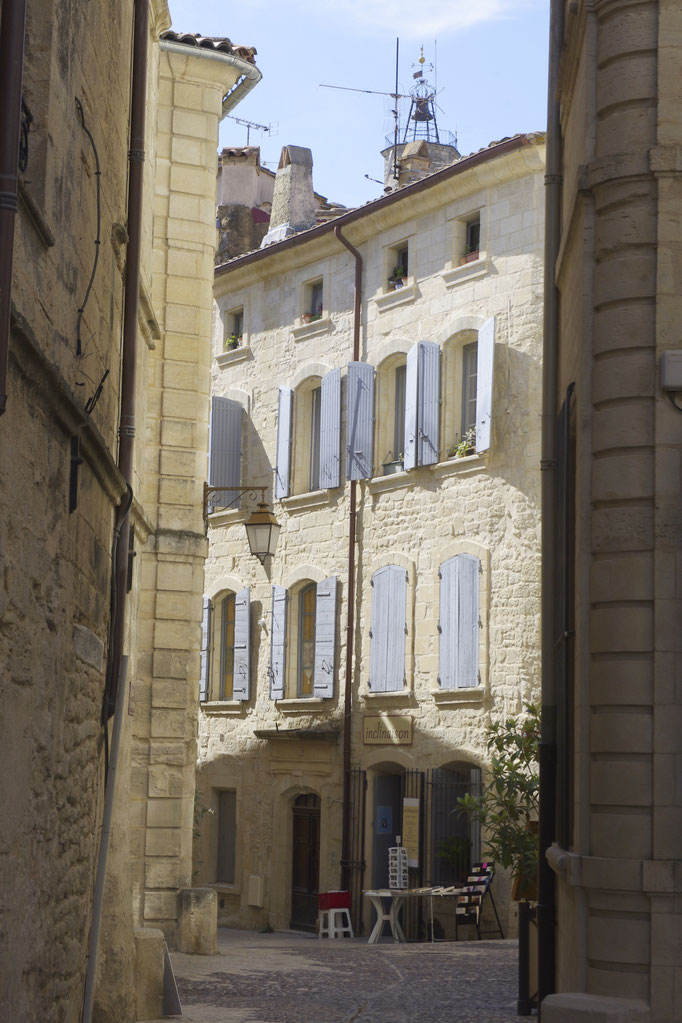 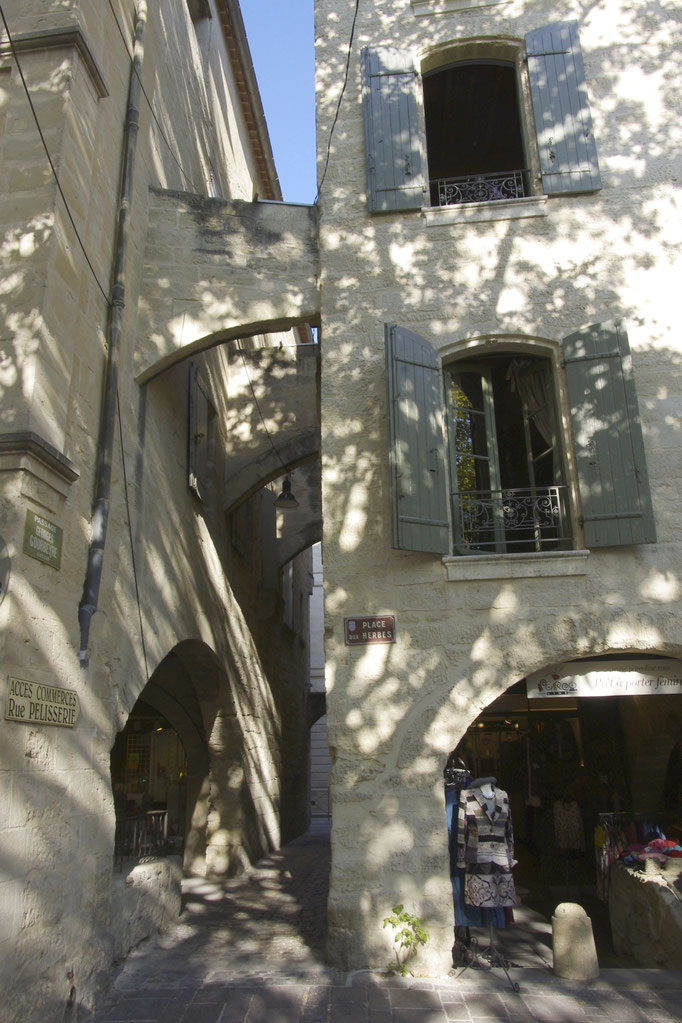 The city is very nice, the old center is pedestrian, with antique shops, galleries and lovely shops ; the large main square with cafés and welcoming restaurants is a invitation to sit and enjoy the southern air. The Saturday morning market is picturesque. Among the remarkable monuments, the ducal castle, still inhabited by the Duke and Duchess of Uzes, is furnished and can be visited, although quite expensive, and the Fenestrelle tower, bell tower of the Saint-Théodorit cathedral ; the bell tower evokes the Italian towers, it partly dates from the twelfth century and is pierced with many windows, a feature from which it takes its name. 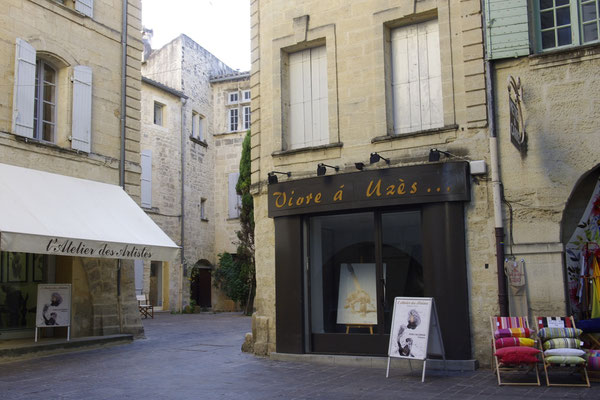 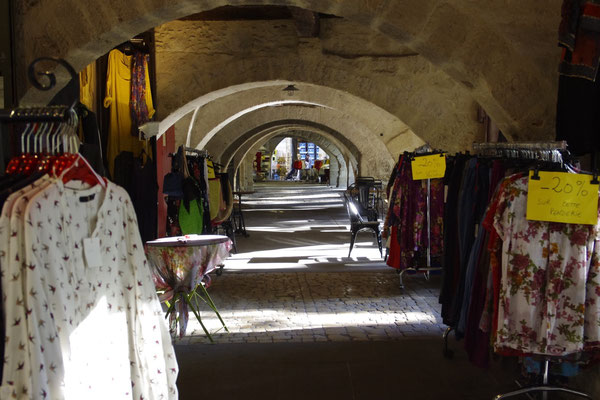 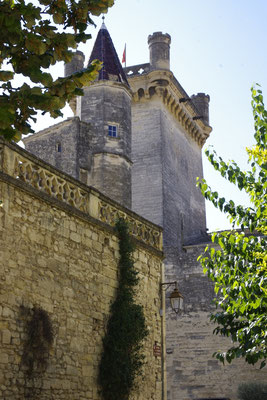 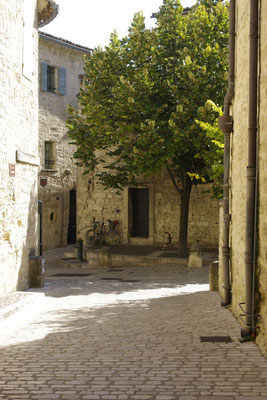 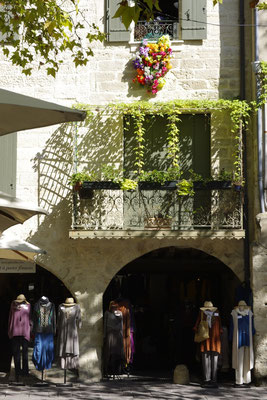 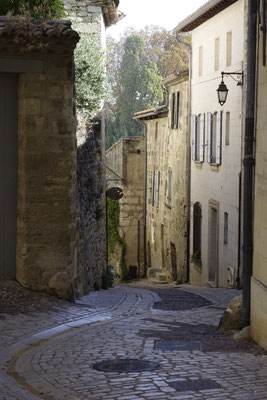 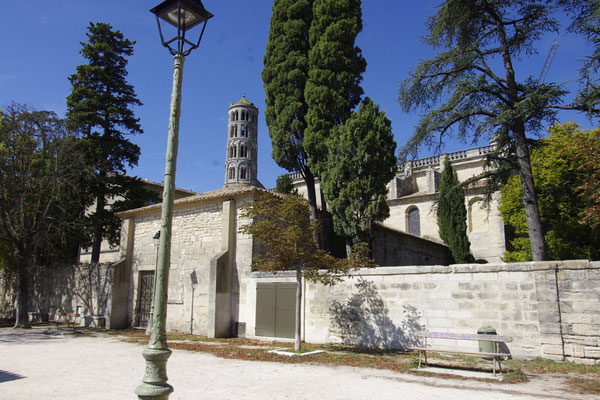