It is 31 km south of the "Clos des Sorgues" that we reach the Alpilles region; it is a small mountain range that stretches from east to west for 25 km and modestly rises to 490 m; These are landscapes of limestone hills, alternating scrubland, vineyards and olive trees.

The site was occupied dice prehistory, as evidence caves with petroglyphs.

The local population marked by the near Marseille and Greek influences then undergoes the Roman colonization, the Glanum site is an outstanding testimony.

The city is very nice, with a beautiful architectural heritage, highlighted by the quality of the urban environment, beautiful paved streets and attractive shops and galleries.

Shortly after the south exit of Saint-Remy-de-Provence, on the road to Les Baux de Provence, we reach the site of Glanum.

The habitat settled in a favorable configuration, at the mouth of a gorge that cuts the Alpilles, at the location of a spring; Water was plentiful there and the forest, which was different from that which now takes up in the Alpilles, certainly produced the game, wood as well as vegetables and fruit necessary for life. The proximity of the Domitian route, ancient route that led from Spain to Italy, fertile and quarrying territory allowed the development of a fortified site of nearly 40 hectares.

A first habitat was developed in the VII and VI centuries BC, around the spring ; residents, related to the Celtic-Ligurian Salyens established in the region, were called Glanics, named after the local god Glan.

These first men practiced the cult of severed heads. This friendly rite was to adorn the porches of their sanctuaries nailed cut human heads. They claimed that even dead, skull retained a certain strength that you should not get rid of.

The Greeks (second and first century. BC) who had advanced into the interior made a counter for communication by the Rhone, then a colony where they minted the coins and developed and built the agglomeration with Greek type buildings : public buildings with walls made of large stone blocks, like those of the rampart which closed the gorge south of the city. North, beautiful homes were designed around a central courtyard with an open colonnade galleries. 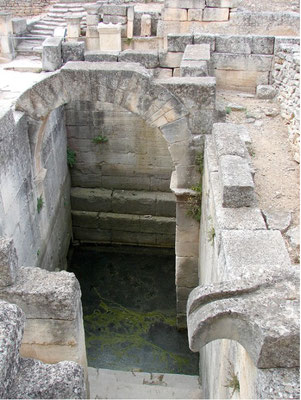 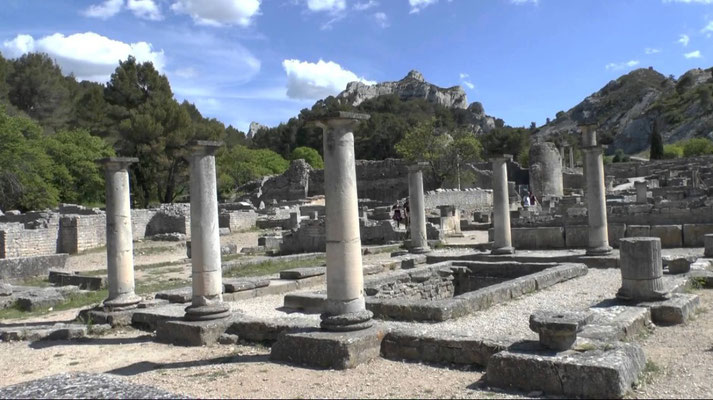 On the right side of the road the two monuments that marked one of the city's entrances are freely accessible : a triumphal arch and a 18 meters high mausoleum ; both monuments are in very good condition.

Visiting the site of Glanum, on the other side of the road is particularly interesting if made with a tour guide.

Besides the Roman ruins of GLANUM there was, from the XIth century, a monastery where monks from different congregations succeeded.

Each of those congregations dedicated itself, among others, to treat those who had the misfortune to fall into madness.

The Revolution of 1789 nationalized the convent which was quickly sold to three lay people of Saint-Rémy who sold it in 1807 to MERCURIN Doctor. This physician founded a psychiatric hospital and made an excellent reputation Establishment.

In 1906, one of his heirs donated the building to the Sisters of St. Joseph from  Vesseaux in Ardèche area, with a testamentary provision, to maintain the psychiatric activity in the facility : the health house Saint- Paul.

Today, in buildings that are owned by the Association "Friends of St. Paul," are operated several establishments with  psychiatric orientation.

The monastery is open tu public and it allows to visit the cloister walkway around its flower garden and the Romanesque bell tower. there we will also see a reconstruction of Van Gogh's bedroom, and some explanation of the strange methods of psychiatric care in the 19th century.

Van Gogh painted here over 150 paintings, including the Iris, the night sky and the yellow corn. Of course on the site are only  reproductions of Van Gogh work to be seen.

Many walks are possible in the Alpilles ; for discovering the area by car, we like the road between Maussane-les-Alpilles  and Eygalières : take the D78 when leaving  Maussane, then the D24; the road winds through the hills, amidst olive groves and scrubland fields revealing a good representative Provencal landscape of the Alpilles; stop at Eygalières and enjoy this pretty village, with its winding streets dominated by the ruined castle and its dungeon. 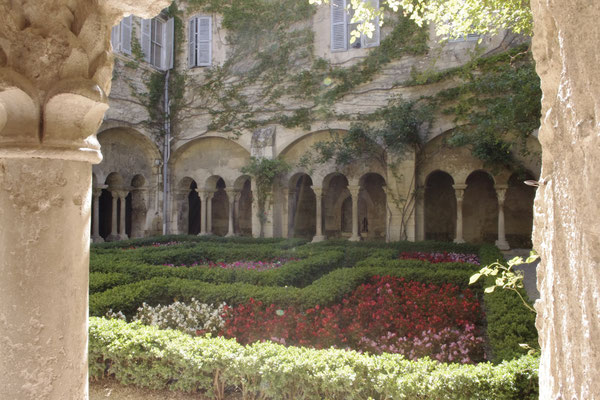 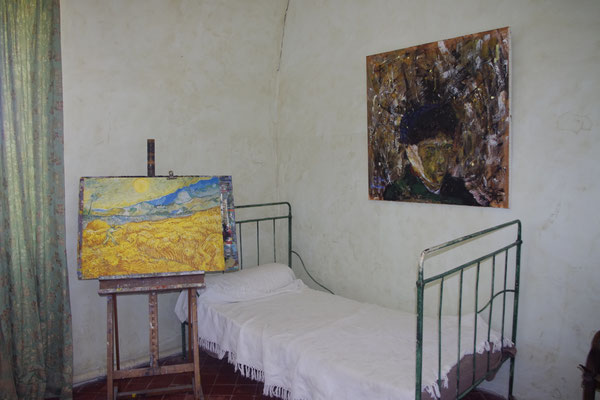 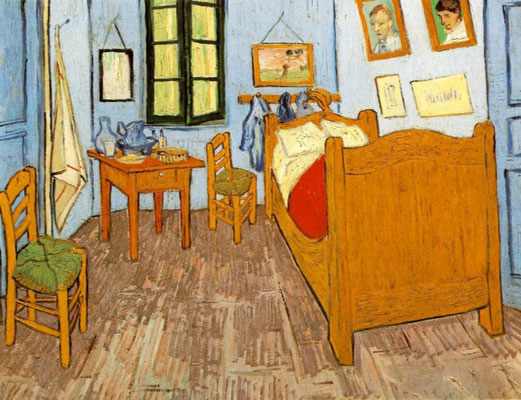 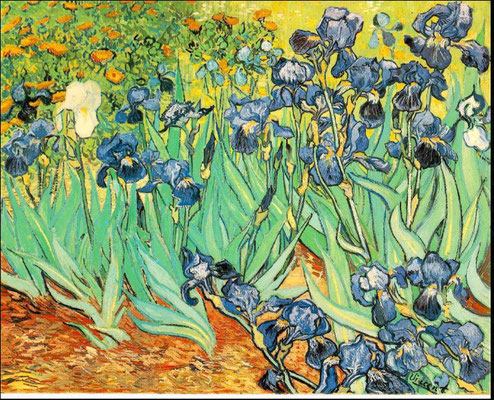 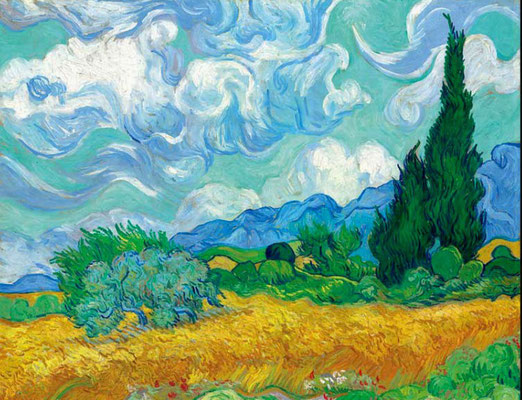 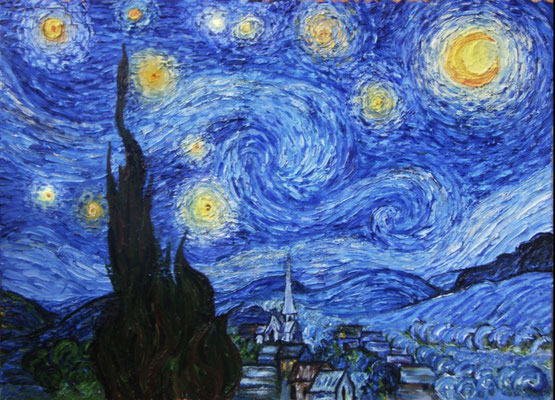 Defensive capabilities and observation of  les Baux de Provence have always been an attractive location for human habitation. Traces of habitat have been found and dated to 6000 BC and the occupancy was then continued.

In the Middle Ages, the site became the stronghold of a feudal domain controlling 79 towns and villages. The fortress was built from the eleventh to the thirteenth century on seven hectares. Les Baux de Provence princes controlled Provence for many years.

The Fortress has had a turbulent military history and was the subject of many assaults; it served as a stronghold in the many conflicts, rebellions and religion  wars that succeeded from the Middle Ages to the Renaissance.

During the revolution, the city is attached to France, then the village has gradually dropped from 3000 inhabitants at its peak to 400 people by 1900.

It is after the 2nd World War that les Baux de Provence started its tourism vocation.

The city of Les Baux de Provence dominates Arles and the Camargue and offers a breathtaking panorama. Patiently restored, the city has a historical and architectural heritage with 22 monuments :

The village is remarkable with streets lined with Renaissance mansions, the Saint Vincent church both Romanesque and Renaissance with its beautiful stained glass windows, the hotel de Manville which houses the town hall.

Les Baux-de-Provence is very visited and home to many tourist shops and art galleries.

We will avoid major mistral days because the site on a rocky spur is particularly exposed. 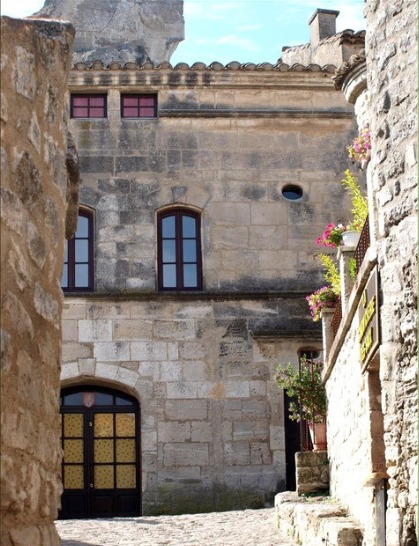 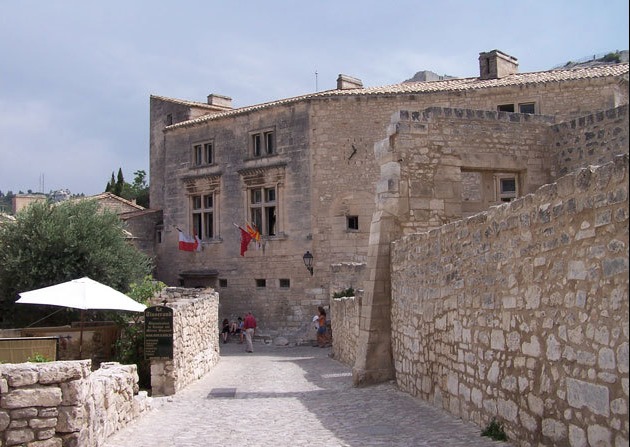 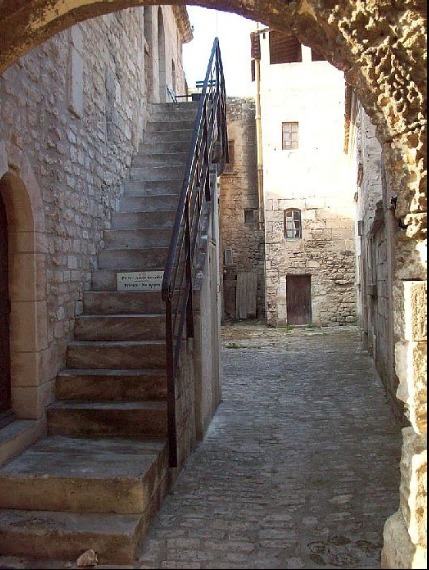 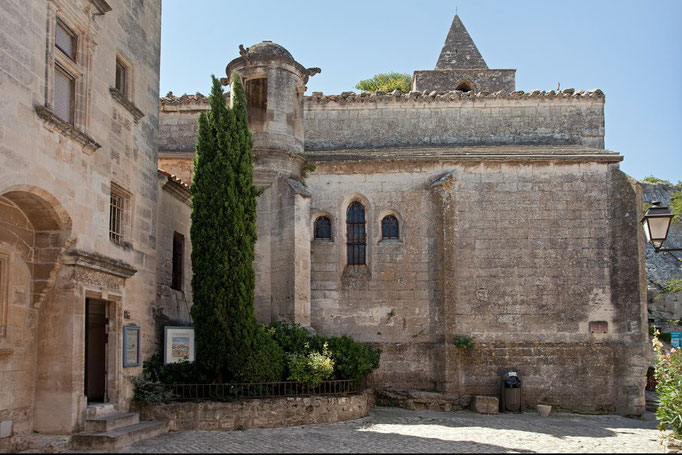 500m away from les Baux, there is a "must", the carrières de lumière ; installed in old underground quarries, whose height varies between 7 and 14 meters, a light and sound show offers for an hour a wonder of colors and shapes; those recent years, the themes are renewed annually and propose to rediscover in another form the works of famous painters. Van Gogh, Gauguin, Klimmt, the Impressionists, painters of the Italian Renaissance, Chagall.

We highly recommend this show, accessible continuously throughout the day, even if the indoor temperature is rather cool : long  sleeves are recommended.... 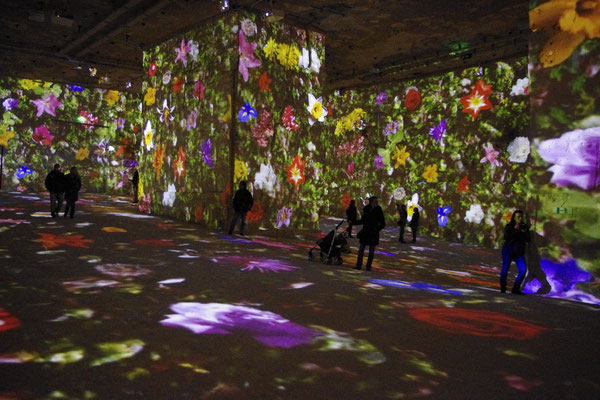 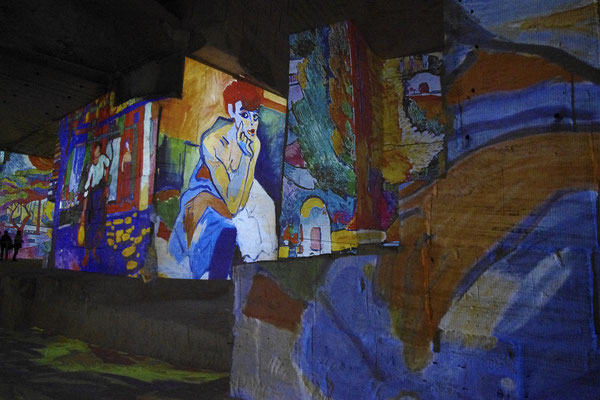 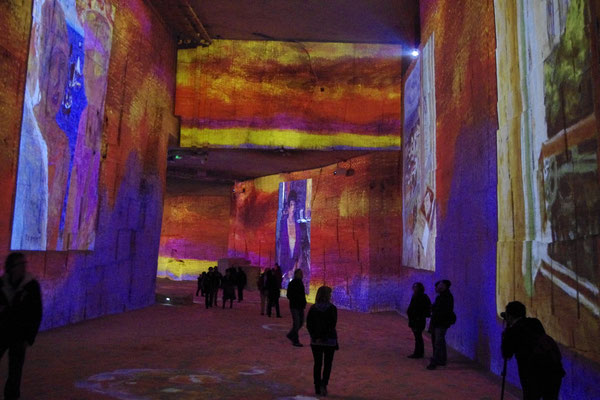 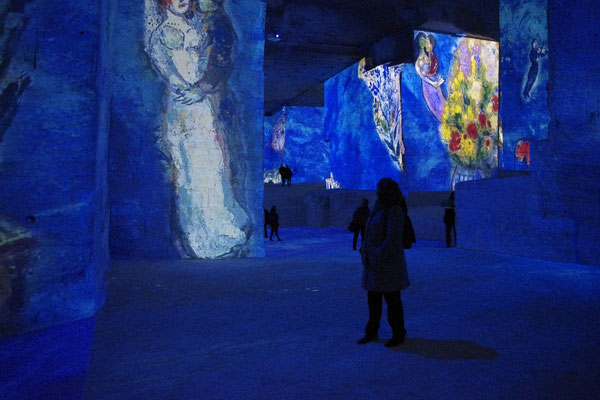 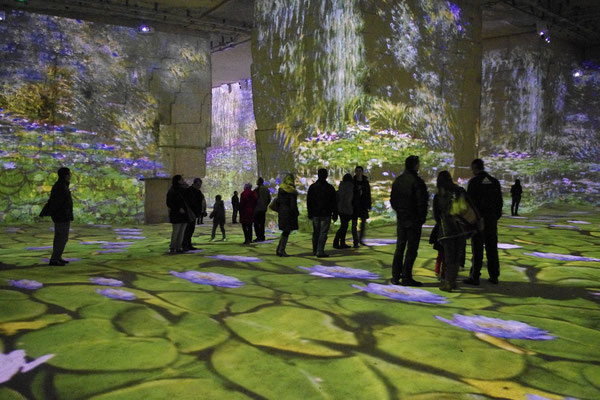 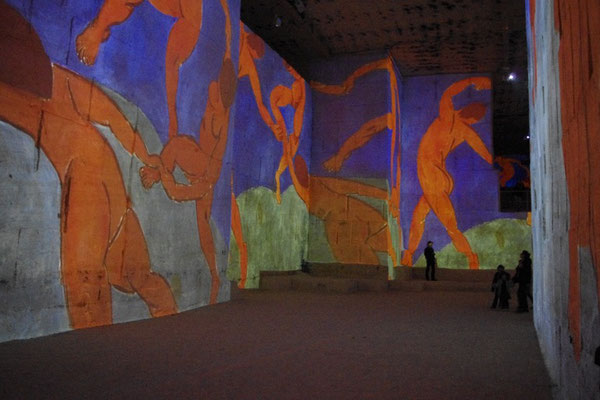 Here is a pretty village of the Alpilles, 10 km from Saint-Rémy-de-Provence.

The street leading to the top of the village is lined with beautiful houses with carved doors.

At the top, the tower of the clock, chapels, the ruins of a keep, the towers of old mills and beautiful views of the Alpilles.