Along the river Rhône

The presence of the Rhône river has allowed the development of Avignon, Tarascon, Beaucaire and Arles, a major axis for the movement of people and goods between northern Europe and the Mediterranean.

Founded in the 7th century BC, Beaucaire, which means "beautiful stone", was during the Roman period a step on the Domitian route that linked Italy to Spain.

Barbarian invasions in the Middle Ages, wars, slowed its development but an important commercial activity saw its apogee with the Fair of the madeleine, which from the 16th to the 19th century brought to the city an international influence.

The arrival of the railway and the end of the river trade gradually annihilated the Fair of the Madeleine and the city fell asleep.

The town is dominated by its castle of the XIth century, unfortunately dismantled by Richelieu ; A marina, numerous mansions, a beautiful town hall, narrow streets and squares, everything is present to make the visitors happy!

It remains that the city has not experienced the tourist development of some of its neighbors, the center is very quiet, no elegant shops, no artistic galleries: some will see authenticity where others will not appreciate this  more popular atmosphere... 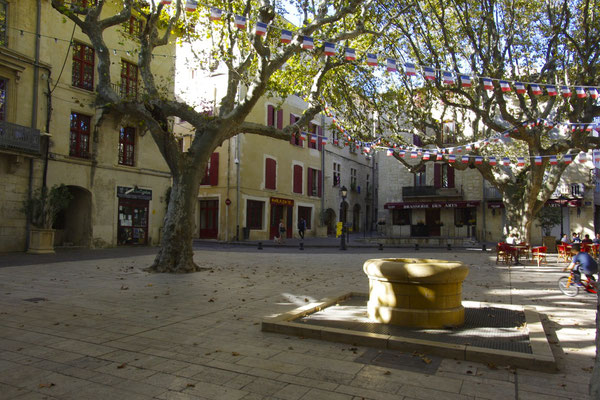 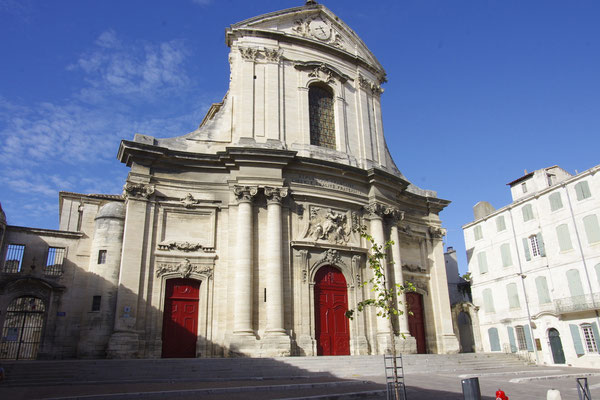 The troglodytic abbey of Saint Roman in Beaucaire

At the end of the 5th century, hermit monks settled on the hills overlooking the Rhône river, in natural cavities of the Aiguille hills.

The monks will enlarge the cavities of the hill of Saint Roman to create chapels and habitat.

It became later a Benedictine abbey,  will be fortified in the 14th century before declining.

Important troglodytic elements are visible during the visit :

The 100 sqm chapel with a Romanesque vaulted heart and the seat of the prior cut in the rock.

The cells of the first monks later reassigned to other uses.

In the 16th century, the site was sold to an individual who transformed the abbey into a fortified castle, that was finally dismantled in the 19th century.

Tarascon and Beaucaire face each other, on both sides of the Rhône river.

Neglected also by tourists, Tarascon is insufficiently valued, presenting a much less opulent atmosphere than some neighboring cities and a very calm city center where shops with tourist orientation are rare.

It nevertheless deserves a visit, if only for the very interesting castle of King Rene.

This feudal castle is one of the most beautiful in France; Replacing a castrum from the Roman period, then a fortress, Louis II, Duke of Anjou and count of Provence decided to build the current castle in 1400 ; It was completed by Louis III and King René 35 years later.

In 1652, during the rebellion against Louis XIV, cannonballs were shot at the castle and its rebellious garrison, provoking the impacts still visible today.

The visitor will discover beautiful rooms with flamboyant Gothic sculptures, rib vaults and coffered ceilings, spread over 3 floors. Some rooms have long served as jails, there are numerous graffitis of prisoners, often dated from the 18th century; Beautiful panorama of the top of the terrace of the castle. 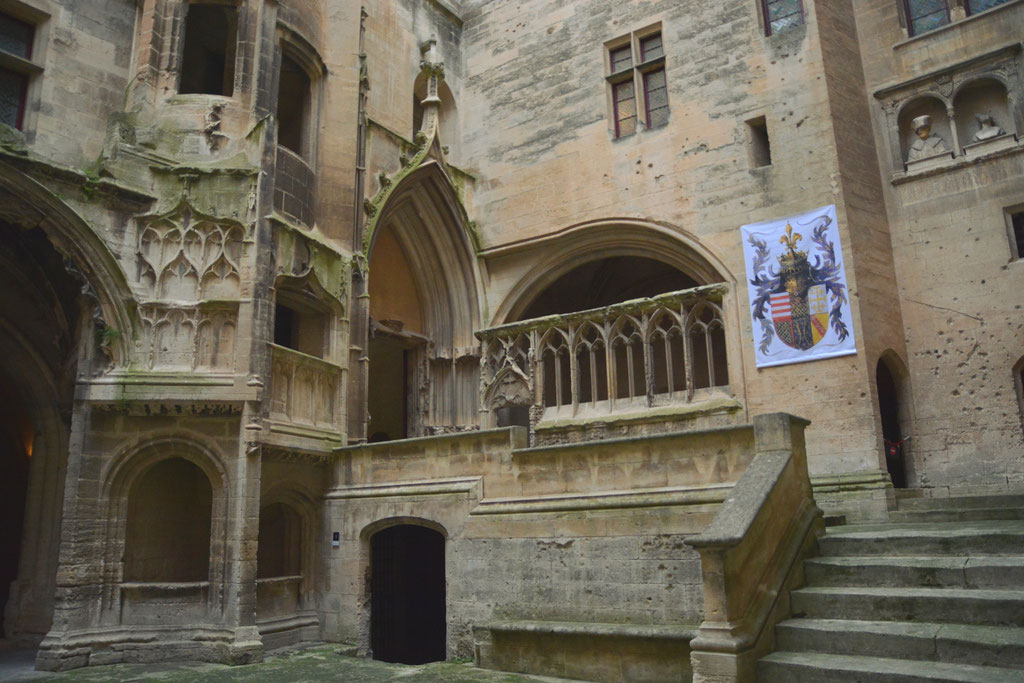 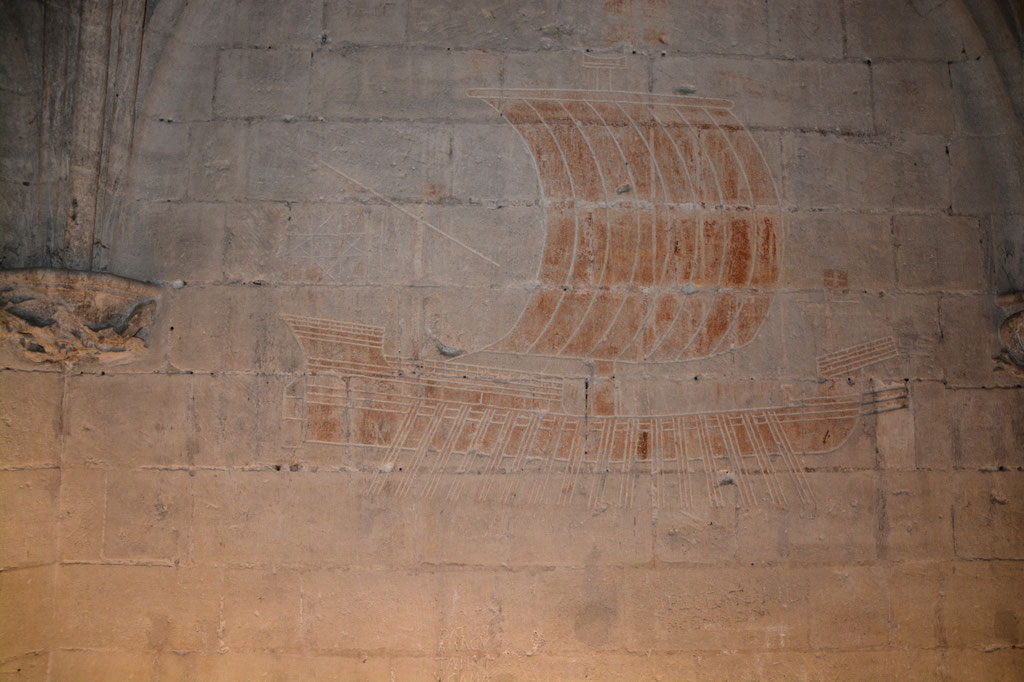 An apothecary completes the visit.

The apothecary of the old hospital Saint-Nicolas in Tarascon is created after the terrible plague of 1721.

It is now exposed in the castle.

The remarkable pots of pharmacy were manufactured by the royal manufacture of Montpellier at the beginning of the 18th century ; The woodwork is the work of 2 carpenters of Tarascon and were realized in 1742.

The site is occupied from prehistory ; Its strategic position attracted the Phoenicians, then the Greeks, but in 49 BC, Arles supported Julius Caesar against Pompey and the gratitude of the Emperor made Arles the 2nd capital of the Roman world, ensuring development and prosperity. The city retains its dynamism over the centuries ; Industrial in the 20th century, Arles rebounds after the crisis taking a tourist, artistic and cultural orientation. 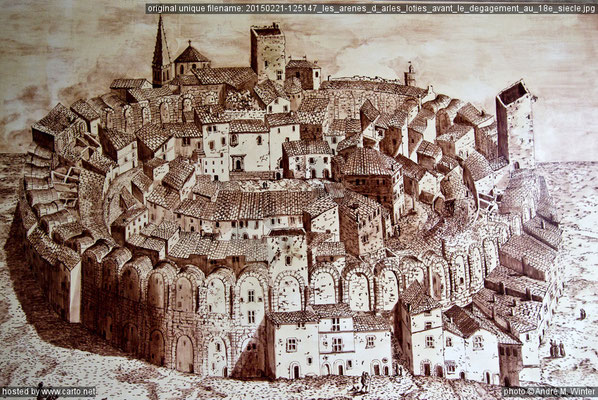 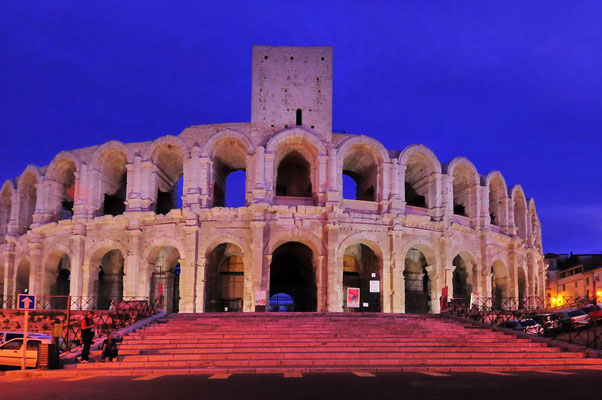 Arles amphitheater is very well preserved and restored ; Built in the 1st century, it could accommodate 20,000 spectators. It is the 20th largest monument of the Roman Empire.

In the Middle Ages, more than 200 buildings and 2 churches were built little by little inside; The monument was completely cleared in 1826.

Among the other monuments, the ancient theater could accommodate 12,000 people.

Accessible by the town hall, the chryptoportica are anterior to the arena and theater, as they are the foundations of the forum esplanade.

The thermal baths of Constantine are another witness to the Roman city life.

Another remarkable site, a little way away from Arles  city center, the Alyscamps whose name comes from the Latin Elisii campi "Champs Elysées", the way that leads to the kingdom of the dead according to the Romans.

The Alyscamps, one of the 5 necropolises of Arles, became important from the fifth century AD when the cult of Saint Genest attracted worshipers from all over Europe, wishing to be buried under protection of the martyr ; The site became the departure point for one of the routes to Compostela.

The current walkway was laid out in the 18th century, lined with sarcophagi of the surroundings, probably for the decoration ... It leads to the Saint-Honorat church.

The charm of the place inspired Van Gogh and Gauguin who made there several paintings.

The most beautiful sarcophagi of the necropolis as well as beautiful archaeological collections ranging from prehistory to late antiquity are gathered and well presented in the "Arles antique" museum. In 2013, the museum opened a new wing to present a Roman barge of the 1st century, 31 m long, extracted from the Rhone as well as hundreds of objects also coming from the river which is a mine of ancient objects buried in mud. 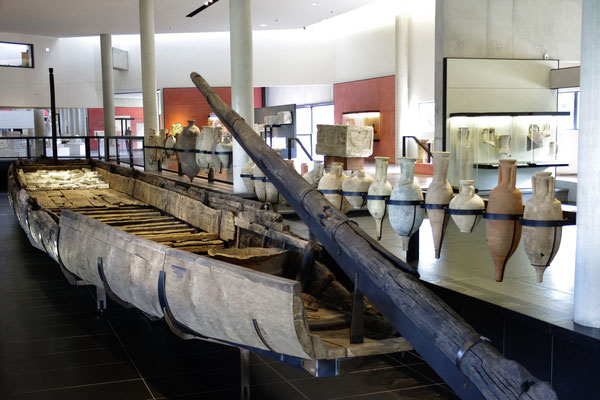 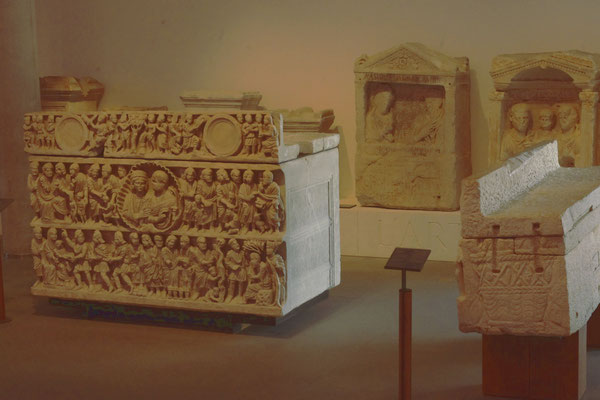 In Arles, there are not only testimonies of the Roman era, but also monuments of the Middle Ages, the Saint-Trophime primatiale and cloister and of the Renaissance, private mansion, clock tower and town hall.

Unfortunately, Arles has not retained any ; The Van Gogh space, the former hotel dieu hospital where Van Gogh stayed after cutting his ear, is kept in a state close to that painted by the artist in 1889 "le jardin de la maison de santé"

The Réattu Museum presents works by Provençal artists and a valuable collection of contemporary works, including a room devoted to 57 drawings by Picasso; The museum is hosted by a Renaissance palace on the banks of the Rhone. 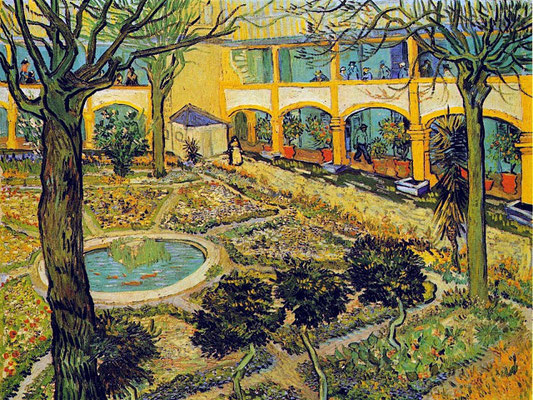 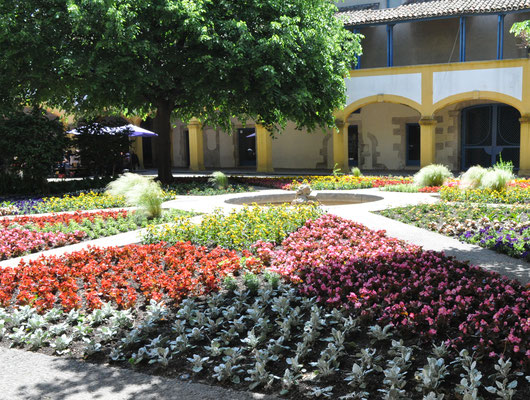